I wanted to share some photos I took of a chamber of commerce event hosted at 270 Sherman here in Hamilton, Ont.  270 Sherman is an old textile mill that was purchased by Torontonians and is being divided up into working studios and office space for the creative talent that is booming in this city.  We were given a great tour of different spaces and their occupants gave us some detail on what it is like being in the building.  Bursting at the seams with charm, I hope to one day be a resident in the not so distant future… 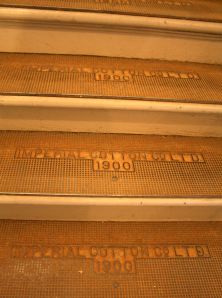 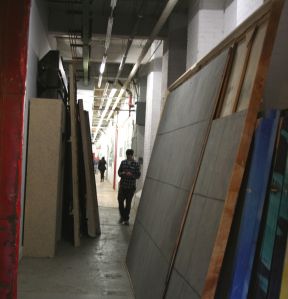 This is a hallway where a few video production companies work out of.

Here is a green screen used for filming large scale productions for movies and television shows.

Gorgeous windows that are being installed throughout the complex. Originally the windows were small because the employers did not want the employees to be distracted by the outside world when working. 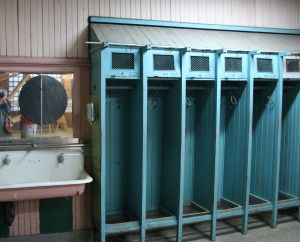 Original locker room from the days when employees filled the mill.

Original big wooden loading doors all over the place. 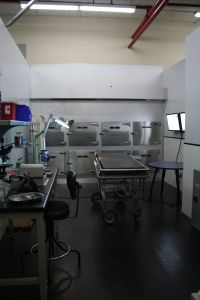 Same set as the police station – super creepy – but so interesting!

This is a set for a television show. The recreated this room to look like an FBI police station. 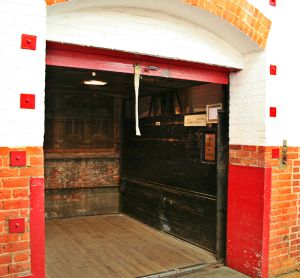 Original loading elevators on all sides of the building. I rode one up with a few people to a really neat artist space. 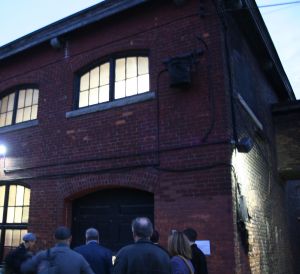 This is the original boiler house for the mill. Now home to a circus school.

Our tour took us out into the courtyard where we headed to the boiler house. 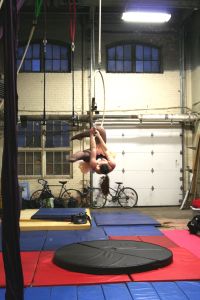 We were treated to a live performance by this trapeze artist who wrapped her body around a hula hoop in the air. Impressive? Yes. Would I ever do it? No. COULD I do it? Probably not. 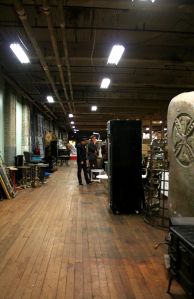 This was a GIANT prop storage house. The props are used on television and movie sets and are for sale. Weird world of stuff…

Well I found it. Sprayed on my way up to see more studios.

There is a cabinet shop that works out of the building – has been in business for over 50 years – apparently 45 of them have been in 270 Sherman. I love big saws!! 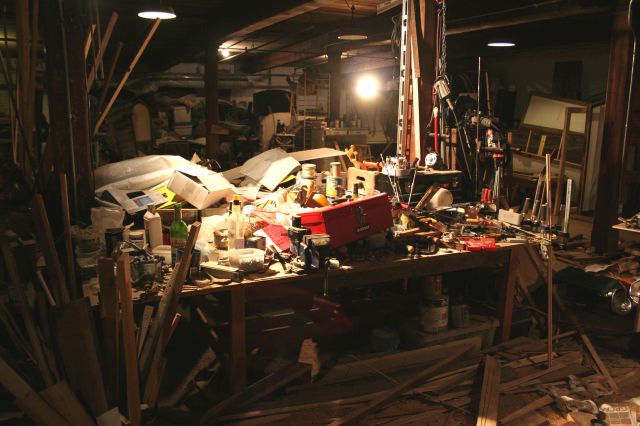 We were given a sneak peek into this insane workspace. It was an artist collective where they were making big installations for the city. Very interesting, very messy. 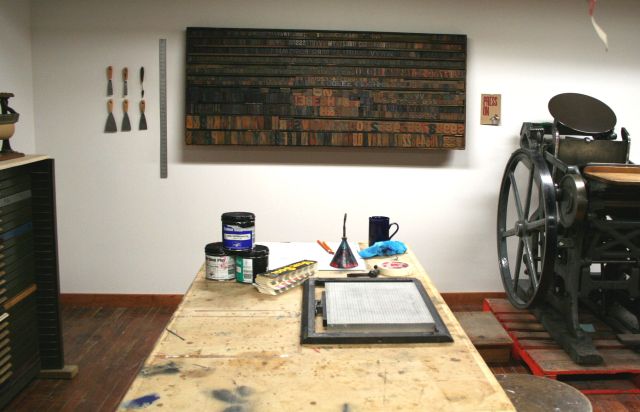 A fabulous letter press workshop (and potential new friend Sara’s) space. Another London”er” who also went to BealART! She picked up the equipment from a person retiring form the business. 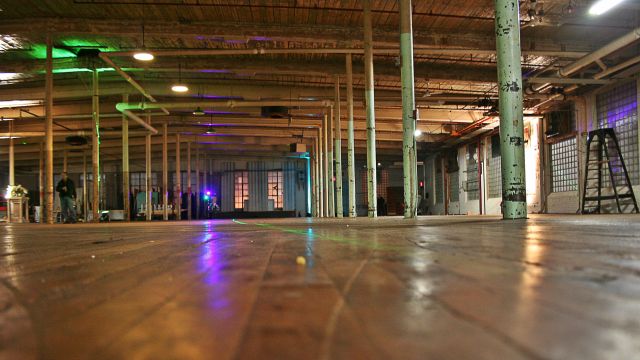 The main mill. The pictures do not do it justice for the sheer grandness of the space. Would be perfect for a rave with 2000+ people. 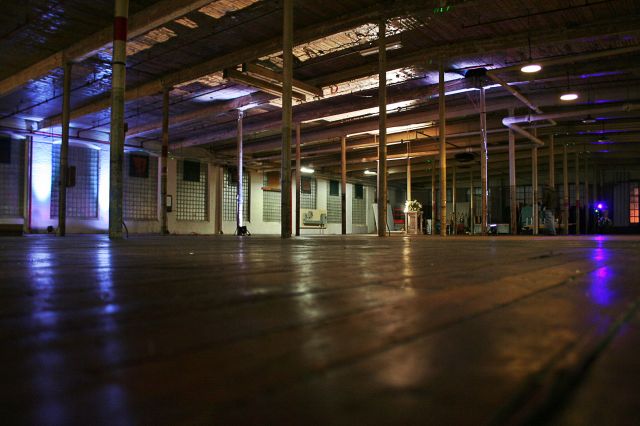 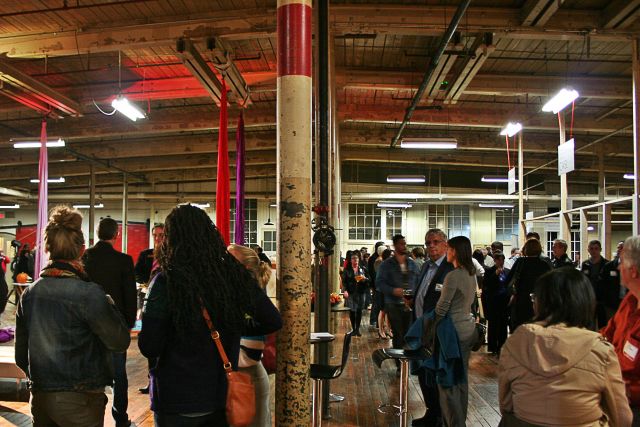 I was invited to the event by my friend Joy who owns Made for you by Madeline – a cute bakery here in the city. It was filled with members of the chamber of commerce- a great networking night (not to mention open bar, catered food and live entertainment!)

mehker
Create a free website or blog at WordPress.com.